MALTESE KNIGHTS - has the salesforce incentive in a daze

Here’s an exercise I’d like to share.
Take a blank sheet of paper and a pencil. Now draw the coastline outlining the Mediterranean Sea, from the Straights of Gibraltar, up the coast of around , ’s boot, then wiggle a little for the Adriatic, and . Pass a half moon to the right for , , to the top of . Now west over and (not forgetting ) and back to the narrow gap between and . Okay, now, draw an x where you think is. Not so easy.
We can usually do and (even in the right order). The potpourri of other Grecian islands are usually only named and claimed by those who frequent them most. ? ’s a given as the ball (rugby) at the Italian toe. Sardinia and often bring a furrowed brow. The Balearics beat gently off the Costas and the Canaries bake in breezy sunshine off the of . 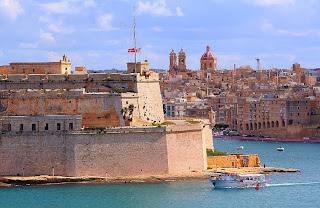 Most of these Mediterranean jewels offer wonderful Incentive Travel and Conference destinations, with exciting venues, supportive resources and glorious weather. Accessibility is surprisingly not to be taken for granted and limit Mediterranean business opportunities far more than one might think. 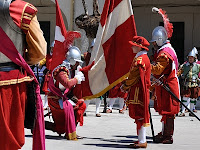 But , with its extraordinary history, its global fiscal importance, its wealth, beauty, charm and climate offers so so much. It offers much both as a Conference destination and particularly as an aspirationally competitive target, adding edge to short-hall Incentive Travel programmes.

Its 7,000 years of history are proven first by the mysterious megalithic temples dedicated to the goddess of fertility whose promise of enjoyment move on through the Phoenicians, Carthaginians, Romans and Byzantines who have all left their archaeological mark. 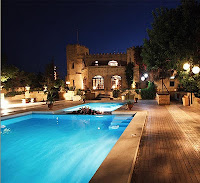 More recently, a mere five hundred years ago, Charles V gave to the Sovereign Military Order of St John of Jerusalem. For the next quarter millennium, The Knights took Malta through ‘the golden age’, creating a European stage that affected 17th and 18th Century culture, inviting and keeping the works of Caravaggio, Mattia Preti and Favray who they had embellish their churches, palaces and auberges.
The French had a bash at claiming for themselves but their two year influence was sufficient only to introduced an ability to make a passably decent Crème Anglais!
At ’s request, kicked them out and protected their sun-baked holiday island until its independence in 1964. 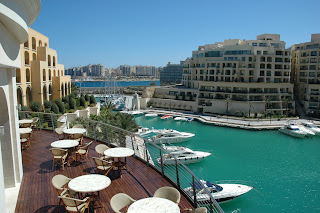 The history it fascinating but the proof the pudding is in the eating. So let’s introduce you to life as a successful sales team who have won three nights with partners in Valletta. Come taste the Crème Anglais.
Make the budgets allow three nights at the Hilton on the waterfront at Portomaso.

(Little known fact: Rodney Bashford wrote much of the launch copy to sell Portomaso leisure and business property to the market before the first cement mixer even turned up.)

Portomaso puts the A in Aspire, being a playground to the rich and famous who own and visit, sail and dine locally. Guests will sail and dine locally too. The marina’s modern extreme contrasts beautifully with the fortified medieval facades of . is just fifteen minutes by road or a charming morning cruise by private motor yacht.

Because of its wealthy heritage and playground ambiance, is rich in the number of vintage saloon and sports cars that are available for guests to enjoy. Quite a spectacle is to set up a row of cars outside the hotel. Guests then drive (or are driven depending on the car!) in convoy across the island to arrive in time for dinner at a medieval castle. Gather outside the castle gates to be served drinks as the sun sets. Then follow the torchlight pageant through the gates to dinner in the baronial hall. 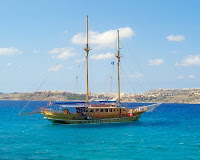 There are endless sea and land based adventures to be created,
- and so much more on .
Perhaps most importantly – it still offers excellent value for money.
Flights:  Three operators fly the 3 Hr 10 Min route direct to Valletta, Malta from London offering a variety of arrival and departure times, with Air Malta providing the best round trip option at the moment.
Our local agents will help us tailor Malta to any corporate need -
Conference, Product Launch, Incentive Travel, Boardroom retreat.
Please call 02476 609 104 for more information.

Posted by Rodney Bashford at 08:45