A piece of the Middle East – insh’a Allah 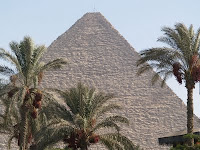 It was just eighteen short months ago that I was in on an inspection trip, building the itinerary for a group incentive.

For over 4,500 years the Great Pyramids of Giza have stood over the extraordinary bloody turmoil that has blighted and corrupted the countries evolving in the geographic arc from round to to this very day.

Eighteen months ago we marvelled at the relics of an ancient world dubbed the creation of civilisation. Having just finished reading “ – the Biography” by Simon Sebag Montefiore it is easier to understand the current conflicts and the desperate history on which they are based. In this morning the Sunni majority population hurled makeshift missiles at the tanks of Bashar al-Assad’s Shia Government, their sandals kicking up clouds of four thousand years of skeletal dust and decay. 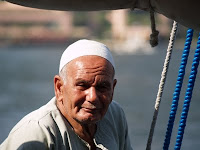 One of the overpowering feelings of hope that quite literally warmed my heart as I spoke with our Egyptian partners and their staff came from the fact that here, in the sweltering heat of down town Cairo on the soulful banks of the River Nile, Arab worked and lived hand in hand and side by side with Christian.
We cast off on a felucca excursion as traders had done for hundreds of years. Our guide, Muhamed Samy, was a professor at the University, is so knowledgeable and a joy to listen to. When asked he said that he, Arab, lived alongside Christian ‘because it is so’.

It was Ramadan at the time. Muhamed and Rehab sat with the little water they were permitted in the mid day heat, whilst we guests and Egyptian Christian hosts enjoyed a cool beer and hearty on-board buffet.
The problem with ‘because it is so’, is that it can so easily become ‘not so’.
Sadly it seems that ‘not so’ is becoming the new ‘so’ in . There appeared to be a settling down after the removal of Hosni Mubarak, but this was possibly more of a lull after the euphoria of the people’s apparent triumph over thirty years of an oppressive regime.

was an up and coming Incentive Travel destination, which is now in the danger zone. , well and the delta regions are a risk not worth taking. is troubled, though The Residence north of is still most definitely worth the effort.

Skip on round the southern Med and even Morocco has joined the worrying loss of safe place status thanks to the recent bomb attack in Jamaa el Fna in its famous Medina quarter.

Nil desperandum – there is still a world of safe adventure and innocent play waiting to host your Incentive Travel winners. And we’re not referring to the recent well publicised American ‘team building’ event in Abbottabad, including abseiling, paint-balling and dawn panoramas by helicopter.
We’ve a Maltese recce in a couple of weeks. Despite its close proximity to (being just 60k offshore), its fortifications have seen off better men and open warmly still to welcome deserved guests. 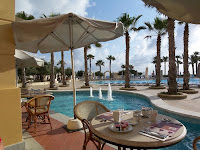 Yes, you may see the odd Tornado fly over heading south from and double take at the dolphin as it breaks water, which could be a sub launched cruise. But Potomaso still suns itself peacefully in sartorial elegance, serviced by The Hilton and a wonderful array of chic boutiques, bars, restaurants and clubs.
The genesis of multiculturalism has decipherable records dating back nearly five thousand years and still can’t make up its mind where it wants to be and how it’s going to share.
Travel is a faux blend of cultural mix but still offers those who partake of it a glorious array of colour, character and cuisine far from the mundane pressures of meeting targets and managing domestic life.
For those who believe in the values of Travel as an Incentive, there will always be a new horizon worth working for – insh’a Allah.
Make a difference to your sales and staff motivation
by calling me directly today on
07500 896 783
Posted by Rodney Bashford at 08:45 No comments: