Our small group adjourned to the more motivational atmosphere of Balls Brothers across the road to continue our discussions over a glass or two of Czechoslovakian beer. Ah, there you have the crux already. Was offering to buy the MD and FD of this Financial Sector client 'the incentive' that made them join me, or was the convivial atmosphere within which to work, 'their motivatiom'?

Strategically, for us to continue good and long term relations, the answer is both. I could just offer and incentive "...come and have a beer...", but that just leaves one with a series of short-term interests who'll move on for the next free beer when it's offered.

Put this back into the my clients seeking a confident solution to staff turnover problems and on-target sales achievement. Now you begin to see why the incentive alone is not the answer.

Yes - incentivising money-making staff is crucial, but it only solves the strategic problem when wrapped snugly in the corporate blanket of Motivation.

Consider Motivation as a strategic management tool as if it were the Black Box on an aeroplane. It's not something you think about whilst everything is running smoothly, but you'll go to the ends of the earth or depths of the ocean to find it if something goes wrong. 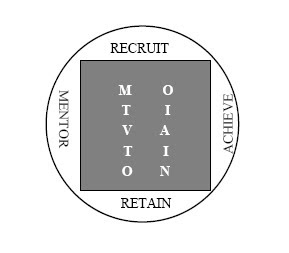 Its components and applications depend entirely upon the business, its goals and the people within it whose efforts are employed to achieve those goals. We can consider here briefly, some of the tools and applications that square the Motivation circle. Just how they build into your own operations is tailored uniquely to that operational mix.
The goals:
Recruit the right people.
Retain the best.
Facilitate Mentoring, and
Achieve corporate goals.

Who. Understand your players and be seen to understand them.
Communicate. An effective internal CRM is essential and its simplicity core to its success.
Join Forces. Make sure that your goals become their goals also.
Mentor. Use your staff to develop and encourage your staff.
Travel. As a truly motivational incentive, Travel delivers the platform for so many of the key factors above.
Reward. Even in the most money-motivated world, Thank You still works.

Thank you.
http://www.aspirus.com/
Posted by Rodney Bashford at 03:26 No comments:

England fans returned to the UK smiling despite the utterly disappointing performance of their team in World Cup 2010. Not the football and clearly not the prospect of returning to work; the smiles were because each was a fan reborn but a fan now of that extraordinary country - South Africa.

After the final whistle, President Jacob Zuma emotionally thanked his fellow Africans for a "truly inspiring, moving and uplifting month". The Rainbow Nation truly showed the rest of the world why it was so called - every man, Jack, Von Proos, Chan, Singh, Ajabu and Shawana stood proudly side by side in various assortments of the six-coloured national flag or simply the yellow jerseys of Bafana Bafana ("the boys") as the national team is known.

The fans arrived sceptics and left converts, advocates of the people, sights, oceans, mountains, big game, haut cuisine, fine wines and cooling beers that sample the smallest part of this big big country. From the lions of the Ngala game reserve (which also means Lion in Shangaan) to the Penguins of the Cape National Park, your Conference or Incentive Group will be inspired. 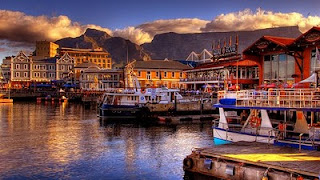 It takes 11 hours to fly to Cape Town, but because the time difference is as it would be just popping to Spain, you touch down fresh and raring to go. Flying overnight, there's no time lost in transit and everything to gain from this African Nation. I personally went for the weekend year before last just to ride Rovos Rail from Pretoria to Cape Town - an experience in itself and one not to be missed.
This was part of an inspection for an award nominated itinerary that actually didn't include Sun City (great though it is, just not right for the profile of this Incentive Group), nor did it trapes up to the Cape Winelands (leave Stellenbosch to the tourists). These guys watched the Garden Route roll by from the dining car of their nineteen forties steam loco and rolling stock; visited a private malaria-free reserve a stone's throw f rom their five star Knysna spa and resort; and counted the penguins then compared notes on their helicopter ride back around the bay. 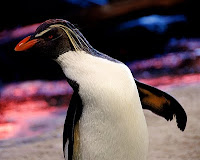 Despite the 38 billion SA Rand spent on the Cape's infrastructure for the Cup, South Africa retains charm for the charming and colour for the colourful ... and above all it still offers fantastic value for money !

A weekend, seven nights, more? There's a vast land of opportunities that we'll tailor to any staff profile and event objective. You want ASPIRATION ... it's here - now let them work hard to ACHIEVE and enjoy their REWARD.

I (that's Rodney Bashford) am delighted to share the news that Crystal Events & Incentives (who ASPIRUS Ventures happily use exclusively in SA) has just added two new and experienced members of staff to their team - well done Tes, and here's to another successful event next year. 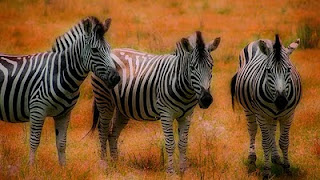 Nkosi Sikelel' iAfrika
Posted by Rodney Bashford at 04:07 No comments: